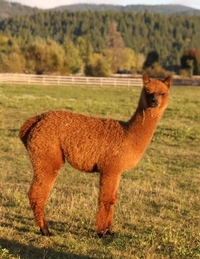 Sire: Snowmass Matrix Majesty
| 32844665 | LB
Dam: Snowmass Solar Flare
| 32844665 | LF
$12000.00
Ask a question
Details
Certificate
Snowmass Majestic Flare is a trail-blazing synthesis of genetics from Snowmass?s principle color lines. Her dam, Snowmass Solar Flare, is a sister to Snowmass XXXtreme ?both are progeny of 5Peruvian Harley.5Peruvian Harley was a Snowmass preeminent female selection from Peru. She was clearly distinguished among the other females in the import. Before Harley, they had never witnessed an alpaca with a large frame who possessed fleece so fine and dense that it was equitably vicuna.

We named Harley after learning the curious story about how she was found in the highlands of Peru. The Peruvian herdsmen who had owned her traveled with her on the back of 2 motorcycles, Peruvian ?Harleys?, in order to entice the importers to follow them back to their hacienda. She was obviously something special. Harley passed away several years ago, but the force of her unforgettable genetics is alive in her descendants today.

Majestic Flare’s sire, Snowmass Matrix Majesty, is one of the most renowned colored alpaca studs in the world. He carries a long line of proven fine fleece genetics, and is simply magnificent to behold. He has won many championship titles alone, but the list of his champion offspring is the true accomplishment. His progeny are winning year after year, keeping him as crowned as ?Futurity Herd-Sire of the Year?.
Awards 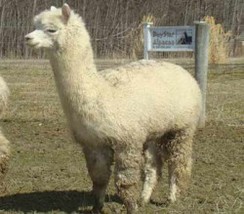 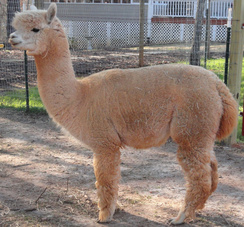 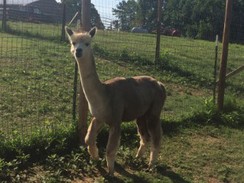 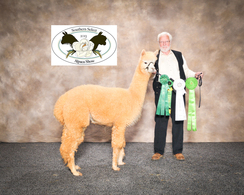